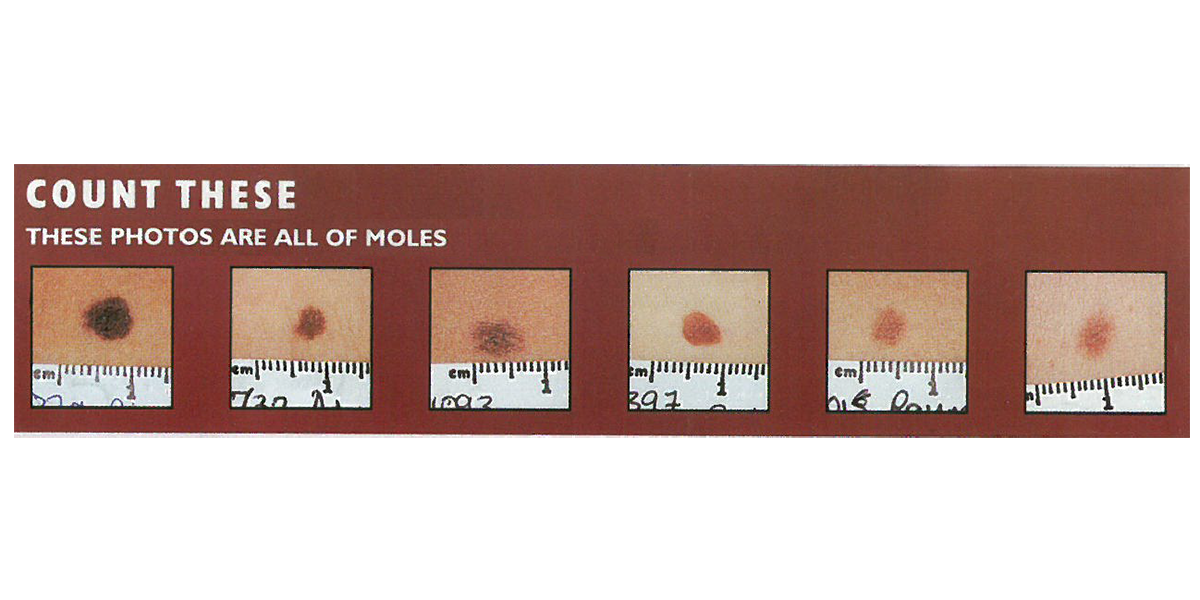 The strongest heritable risk factor for melanoma (the deadliest form of skin cancer) is the number of moles on a person's body. Improved understanding of moles would help us to understand how melanoma develops, as well as to better predict who is most at risk. However, the genetics underlying why people develop moles is poorly understood.

Dr Mark Iles, in the School of Medicine at the University of Leeds, has developed a mole-counting questionnaire in partnership with UK Biobank to be used on the 500,000 participants in their study. He is seeking volunteers aged 55 and over to pilot the online mole-counting questionnaire to ensure it is clear and easy to complete. It should take no more than 10-15 minutes, will involve removing some clothing and may involve someone else counting moles for you. More information and the questionnaire can be found at: https://leeds.onlinesurveys.ac.uk/molestudy

The results of the pilot study will be published here so please return in a few weeks!

We would be grateful if you could forward this link to any friends, family or colleagues over the age of 55 who you think might be interested in taking part.

As of 16th March we have had 29 responses to our survey. This gives some interesting insights into the relationship between the various mole counts as well as how long it took people to complete.

We saw a range of answers regarding how moley people were overall: 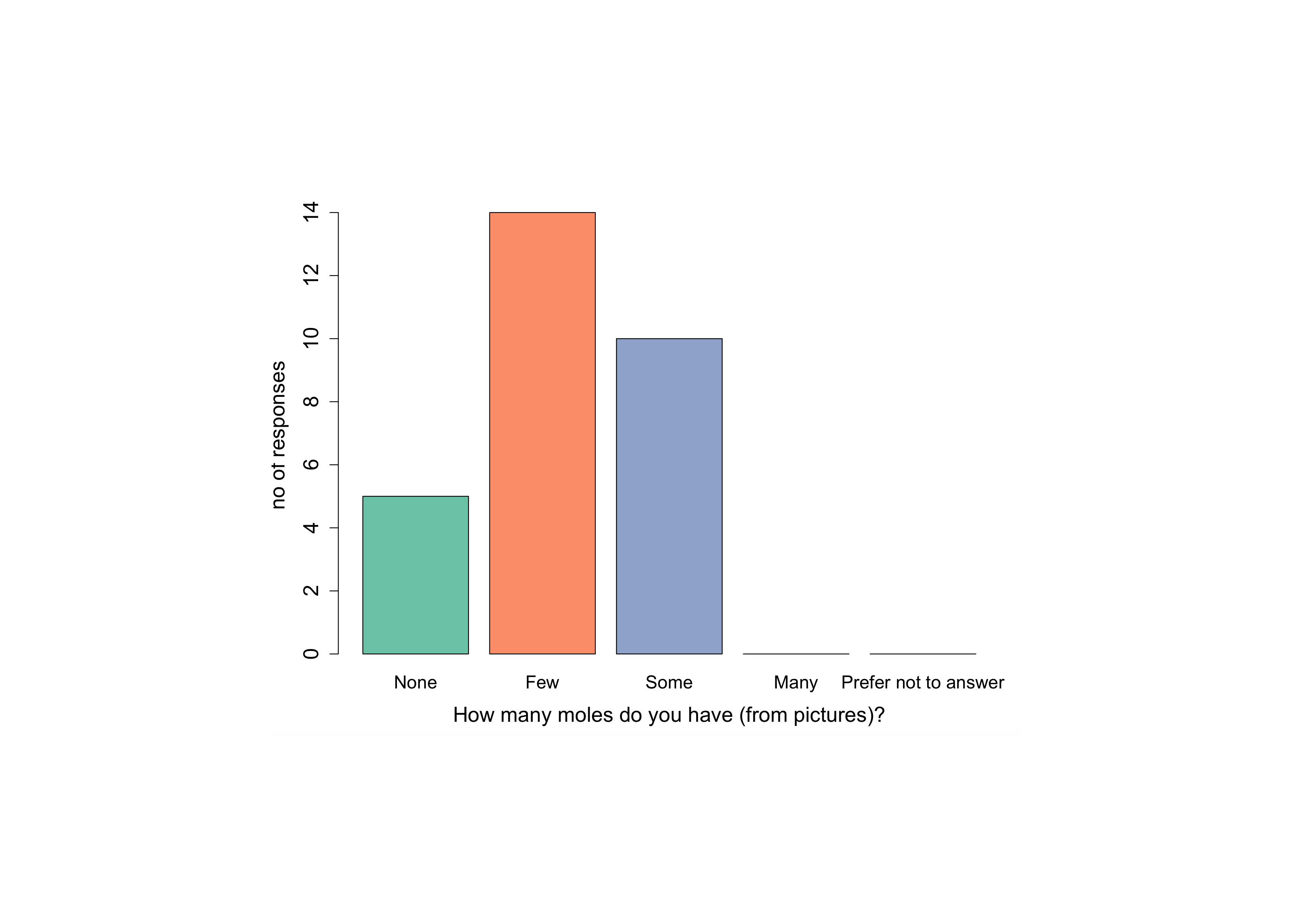 The average (mean) number of moles on people's arms was 5.8, but this was quite variable - 31% of respondents had no moles at all on their arms while 2 people had 30 or more. 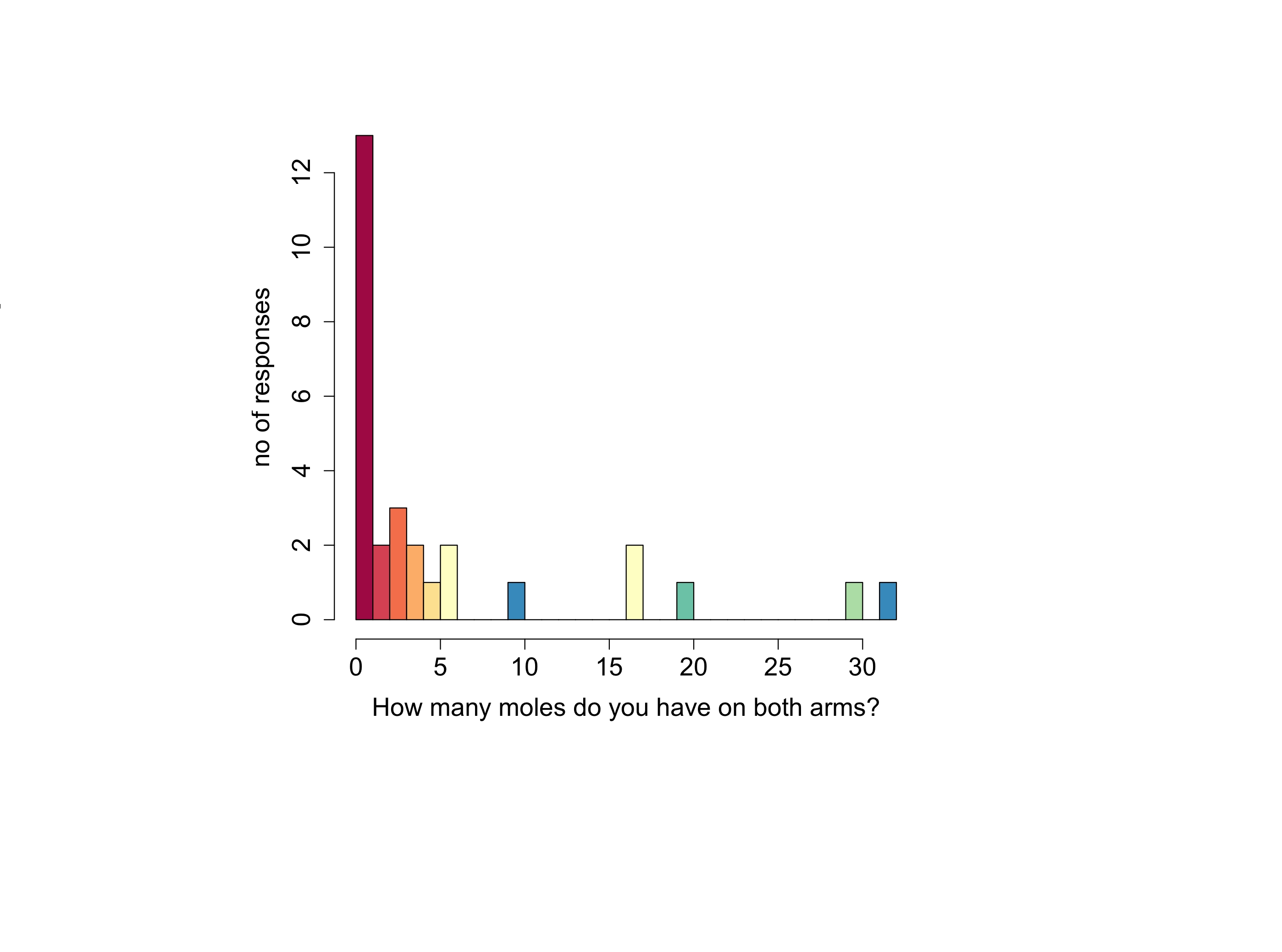 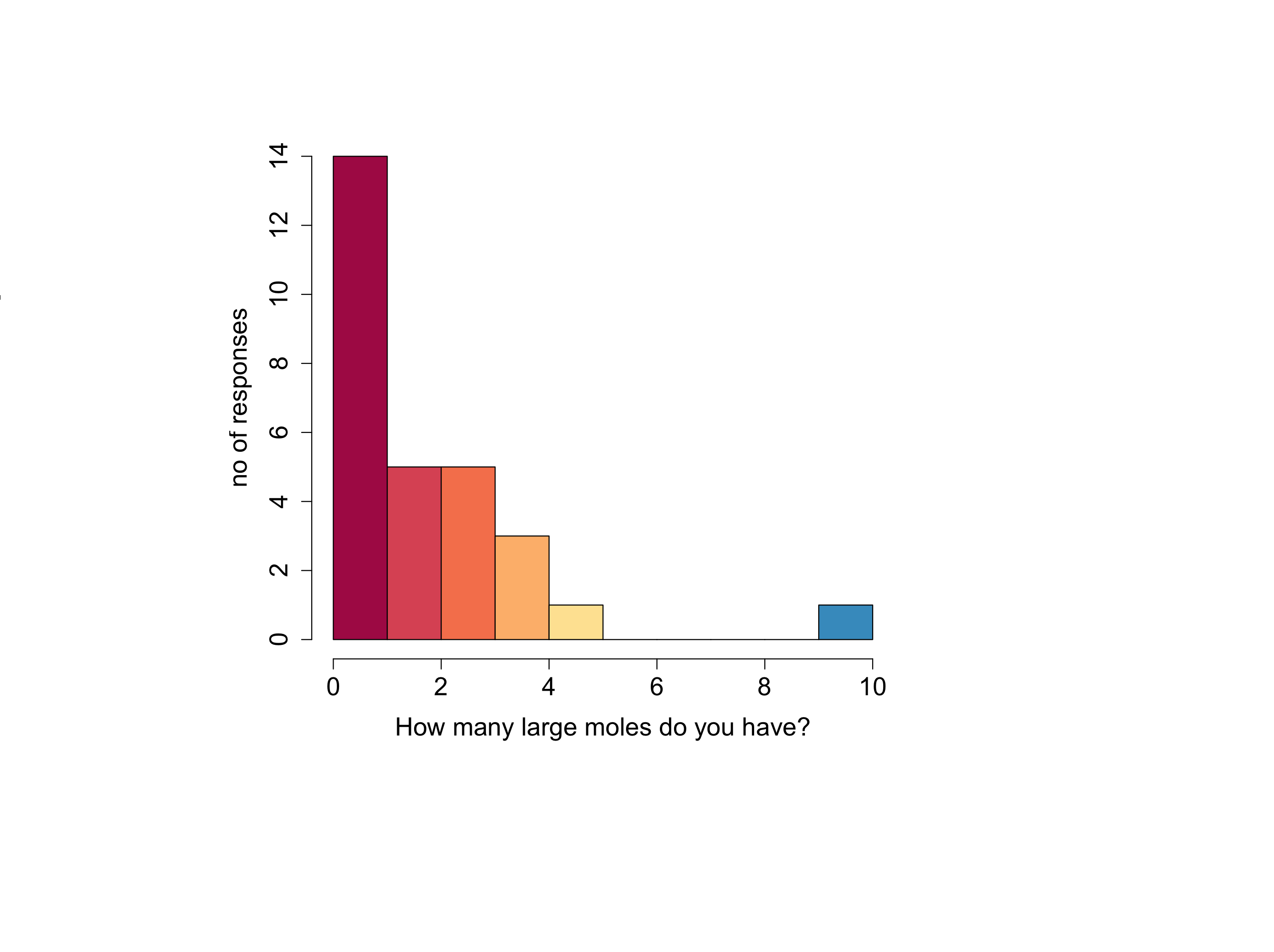 The average (mean) number of moles on the back was 3.1. Similar to the arms, 36% of respondents had no moles at all on their backs, while one person had 15: 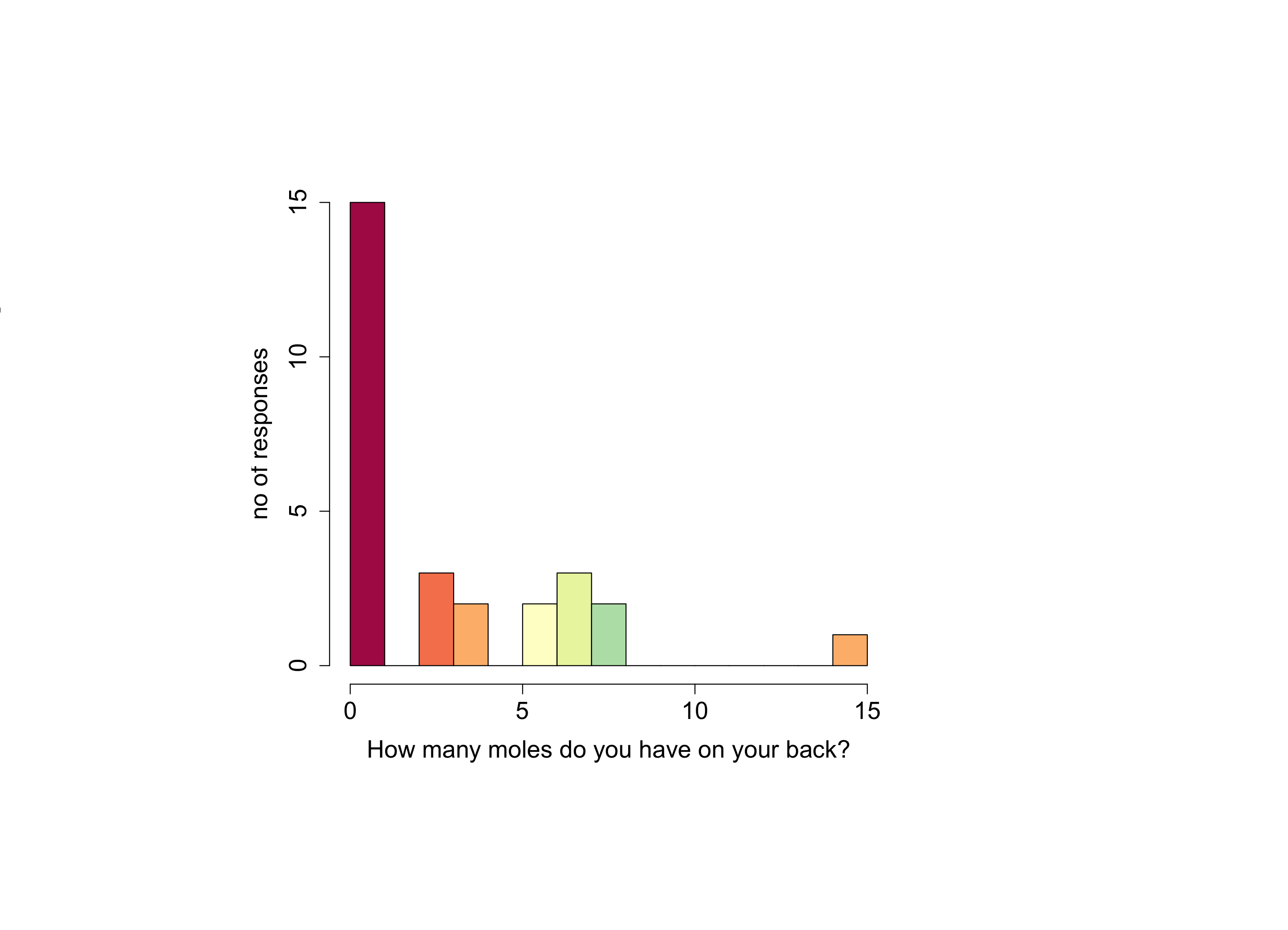 We saw no association between number of moles and either skin colour, eye colour, sex or age.