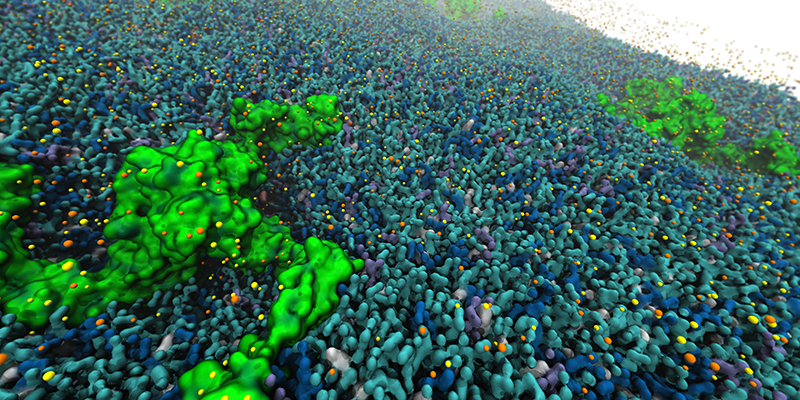 Ion channels control the movement of ions across cell membranes and enable electrical signalling which controls the regular beating of our hearts, the rhythm of our breathing, the workings of our brains, and physical movement. In Leeds, we have a critical mass of researchers particularly focussed on calcium ion (Ca2+) permeable channels in cardiovascular disease (particularly TRPC, Orai and Piezo channels). We are especially interested in how these channels promote cardiovascular diseases related to adverse cardiac/vascular remodelling, diabetes, obesity and exercise, with multiple publications in Circulation Research, ATVB and the British Journal of Pharmacology.

Our current interests include mechanically sensitive ion channels. We were first to establish the Piezo1 ion channel as a critical sensor of the mechanical force of shear stress caused by fluid flow over the endothelium. In a high impact paper published in Nature, led by Professor David Beech, we revealed the essential role of Piezo1 in integrating the physiological force of blood flow with vascular architecture itself. This landmark discovery was followed-up more recently in a paper published in Nature Communications in which we established the importance of Piezo1 in controlling blood pressure - activated in response to increased whole body physical activity.

We have generated over £10 million in external grant income over the last 10 years in this area. Our work is currently funded by the Wellcome Trust, BHF, BBSRC and The Academy of Medical Sciences.

Return to our homepage.