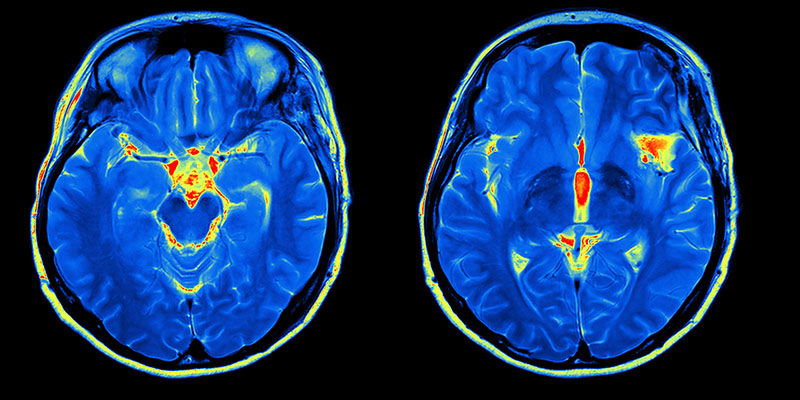 The Cognitive Neuroimaging (CoNI) group is based in the School of Psychology at the University of Leeds, with collaborators across campus as well as nationally and internationally. The common thread which runs through our work is the application of neuroimaging technologies such as functional magnetic resonance imaging, electroencephalography, functional Near Infra-Red Spectroscopy (fNIRS) and transcranial magnetic/direct current stimulation.

Individual researchers investigate how people perceive and act on the world, and how we make use of information from our different sensory modalities (e.g. pain, touch, vision). Our current research projects include investigations of:

These are our research projects within the Cognitive Neuroimaging group.

The feeling of what (does not) happen: A multimodal neurobehavioural account of somatosensory misperceptions

A major goal of cognitive neuroscience is to explain the causal links between brain function and behaviour. This novel research project lead by Dr Donna Lloyd, brings together experts in:

By collaborating, we can try and determine the role of pre-stimulus brain activity in the subsequent detection of near-threshold tactile events particularly when an absent tactile event is misperceived as being present. In three work packages we will extend the behavioural, EEG and fMRI approaches used successfully in our previous work to develop an overarching model of the influence of baseline neural activity on somatosensory perception using a signal detection approach.

We predict that the correct detection of touch will be preceded by activity in lateral fronto-parietal (lFP) brain regions, involved in monitoring external events, whereas the misperception of touch will be preceded by activity in medial fronto-parietal (mFP) regions, involved in monitoring internal bodily sensations. We will then use interoceptive and exteroceptive attention tasks to increase the ‘top-down’ influence from these frontal brain regions on somatosensory perception. We predict that focussing on internal bodily sensations (counting heartbeats) prior to the task will activate mFP (and insula) cortex and increase the number of tactile misperceptions more than focussing on external tactile sensations.

In the final phase of the research we will directly stimulate somatosensory cortex (using transcranial Direct Current Stimulation) to determine the causal role of intrinsic neural activity on tactile perception. We predict that applying stimulation at a frequency that increases resting alpha-oscillatory activity will increase the number of tactile misperceptions, thereby establishing a causal link between intrinsic neural activity and somatosensory perception. Overall, the outcomes of this research will reveal the fundamental role of dynamic brain networks and oscillatory activity in bodily consciousness.

Itch is the most frequent symptom in dermatology and can be more disabling and distressing than the condition itself. Although feelings of itch are strongly correlated with the desire to scratch, those suffering from a chronic skin condition know only too well the vicious cycle that exists between itching and scratching, which can lead to secondary infections, scarring and emotional distress and significantly reduce the sufferer’s quality of life. In order to alleviate symptoms we need to break this ‘itch-scratch cycle’ but the mechanisms that trigger itch perceptions and perpetuate this cycle are poorly understood.

The purpose of our research is to understand the psychological mechanisms of how itch sensations are triggered, why some people are more susceptible to these triggers and whether inhibiting itch sensations through a psychological intervention can break the itch-scratch cycle with the goal of finding better treatments for chronic itch.

A team of scientists at the University of Leeds has been awarded nearly £30,000 of funding by Alzheimer’s Research UK, the UK’s leading dementia research charity. The investment will allow the team to investigate brain changes in the initial stages of Alzheimer’s, helping to improve early detection of the disease.

Memory loss is the most well-known symptom of Alzheimer’s, but there are other changes in the brain that lead to difficulties with thinking and communication. The brain is divided into two halves that communicate with each other through a structure called the corpus callosum. Information that comes into the right half of the brain, for example through our eyes, is transferred to the left half, and vice versa.

In people with Alzheimer’s, the corpus callosum is damaged, but it is not yet known how this affects communication between the two sides of the brain. Understanding this in more detail will help researchers to build a bigger picture of what happens in the brain in Alzheimer’s and how to detect these changes earlier.

The Leeds-based researchers aim to measure communication between the two halves of the brain in people with mild cognitive impairment (MCI) – a condition characterised by early memory and thinking problems that can put people at a higher risk of Alzheimer’s. They will compare those volunteers with MCI to people of the same age with no memory problems.

Dr Jean-Francois Delvenne, who will be leading the research at the University of Leeds, said: “By looking at brain changes between these two groups, we hope to learn more about what happens in the initial stages of Alzheimer’s. We predict that changes in the brain in people with MCI will slow the time it takes for signals to pass across the brain, compared to those without the condition. This could explain why some of the early symptoms of the disease develop.

“This generous funding from Alzheimer’s Research UK will allow us to run a study with local volunteers to get a better idea of how these changes in the brain can lead to difficulties in memory and thinking. Distinguishing the early stages of Alzheimer’s from normal ageing can be very challenging, and it can be hard for doctors to give an accurate diagnosis. We hope that by understanding the changes that occur at the beginning of Alzheimer’s, we may be able to develop techniques to help detect the condition in its earliest stages.”

Dr Laura Phipps, Science Communications Manager at Alzheimer’s Research UK, said: “It will be really interesting to follow the progress of this year-long study. Improving the accuracy and timeliness of diagnosis means that people can get access to support, information and appropriate treatments. Studies like this, which give us a greater understanding of the initial stages of Alzheimer’s, are also important for designing clinical trials of new treatments to give them the best chance of success. Over 820,000 people in the UK are living with Alzheimer’s, including 25,000 people in West Yorkshire alone, so continued investment in research is vital.”

The School of Psychology has a wide range of specialised facilities and resources available for research projects.