I obtained my degree in biochemistry from Sussex University and my PhD on colon cancer genetics from Leeds University.

Having developed an interest in cancer I then went onto work on positional cloning projects in breast and bladder cancer.

I joined the genetics section of the Molecular Medicine Unit in 1996 and worked on a range of projects including the identification of two neurodevelopmental genes MCPH1 and CSMD1.

I joined the newly formed section of Ophthalmology and Neuroscience in 2005 establishing my own group investigating the function of the two neurodevelopmental genes MCPH1 and CSMD1 in cancer.

Our group works on a range of projects including functional studies on two neurodevelopmental genes MCPH1 and CSMD1 in breast and ovarian cancer.

Primary microcephaly (MCPH) (OMIM 251200) is a recessive genetic disorder in which the affected individuals are born with a significantly smaller head size and are mentally retarded. We work on MCPH1 (also called BRIT1), which encodes Microcephalin which contains three BRCA1 carboxyl-terminal (BRCT) motifs.

We and co-workers have shown that MCPH1 is involved in DNA repair and regulation of cell cycle checkpoints, particularly the control of entry into mitosis causing premature chromosone condensation.

Figure 1 Mutations in the MCPH1 gene cause microcephaly (A), premature chromosome condensation (B & C) and cancer.

MCPH is thought be a consequence of a mitotic defect during foetal brain development. Abnormalities at mitosis can cause incorrect chromosome organisation and the development of aneuploidy in cancer.

Numerous studies have shown that deletions at the MCPH1 (8p22-p23) loci is associated with tumour development and poor prognosis. We therefore propose that, while germ line defects in MCPH1 cause microcephaly, somatic defects may cause cancer (Figure 1).

I was a founding member of the BioScreening Technology Group (BSTG) established to perform high-throughput, high-content siRNA screens.

CSMD1 (CUB sushi multiple domain protein 1) is a large gene spanning over 2-Mb of chromosome 8p23 (adjacent to MCPH1), which is deleted in many cancer types. A significant amount of evidence points to CSMD1 playing a role in tumour development.

We have previously shown that CSMD1 is an independent prognostic factor in breast cancer and we are currently investigating the function of CSMD1 using in vitro and in vivo models.

I teach on modules for MBChB students and and am a module leader in the Molecular Medicine MSc programme.

I am also a Personal tutor for 1st & 2nd year MBChB students and Postgraduate Research Tutor for MD/PHD students in Leeds Institute of Medical Research.

I am programme lead for the International PhD Academy: Medical Research based at St James’s University Hospital. 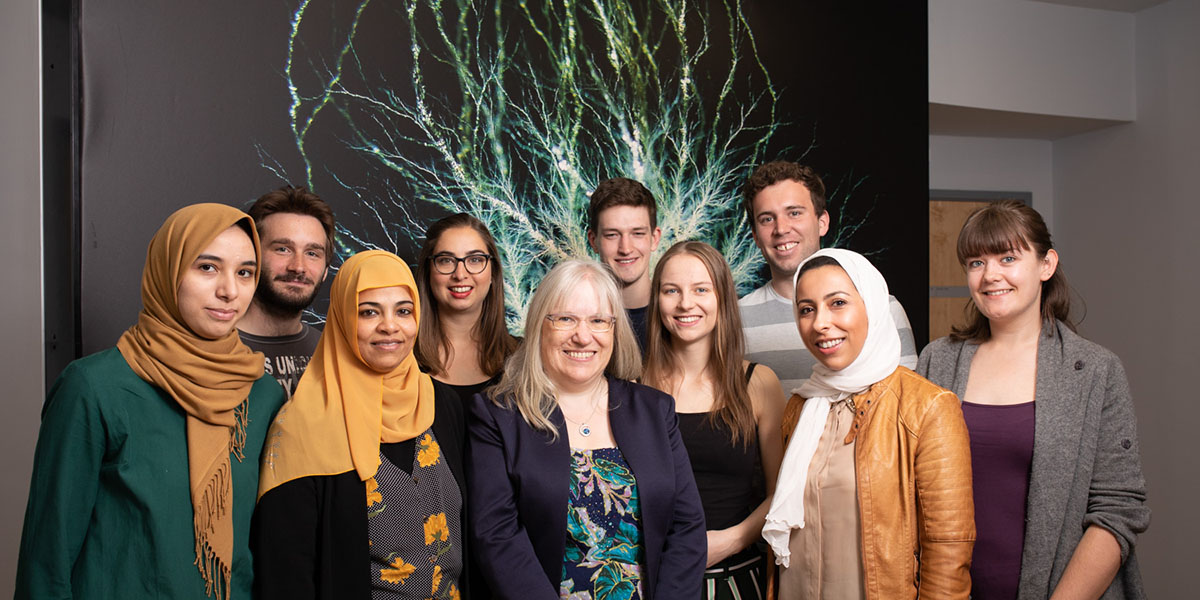 <li><a href="//phd.leeds.ac.uk/project/1502-cancer-biology:-the-role-of-wnt-signalling-in-glioblastoma-therapeutic-resistance">Cancer Biology: The role of Wnt signalling in glioblastoma therapeutic resistance</a></li> <li><a href="//phd.leeds.ac.uk/project/1486-cancer:-characterization-of-egfr-signaling-activated-by-the-endothelium-in-the-process-of-breast-cancer-metastasis-to-the-brain">Cancer: Characterization of EGFR signaling activated by the endothelium in the process of breast cancer metastasis to the brain</a></li>

My five most recent selected publications

My other selected publications