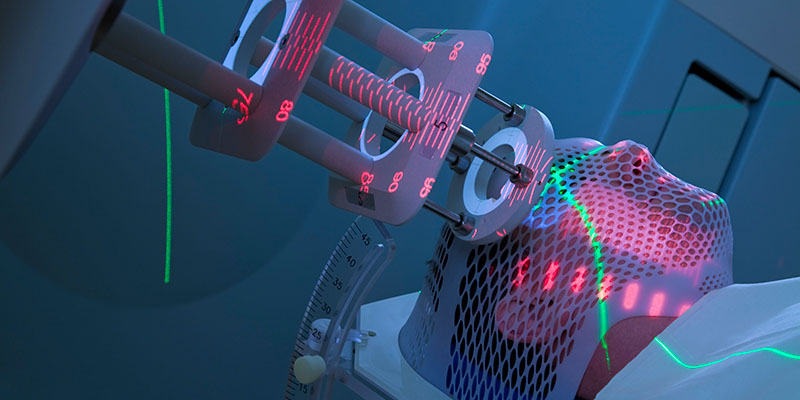 Liver cancer is the second leading cause of cancer-related mortality worldwide, claiming 700,000 lives each year. Most cases are discovered too late, but now a study offers hope of early detection.

Liver cancer is the second leading cause of cancer-related mortality worldwide, claiming 700,000 lives each year.

Most cases are discovered too late for a cure -- but now a study offers hope of early detection, and targets for new treatments. Published in Frontiers in Cell and Developmental Biology, the results show a dramatic increase in expression of sugar-burning 'glycolytic' enzymes in precancerous cirrhotic livers. This increase is associated with a significantly higher risk of developing hepatocellular carcinoma (HCC) -- the main type of liver cancer -- and could lead to a biomarker which identifies those at risk of malignancy.

"We know that 90% of all hepatocellular carcinoma cases start with liver cirrhosis," explains study senior authors Dr Salvatore Papa of the University of Leeds and Dr Concetta Bubici of Brunel University London, UK. "So by pinpointing when cirrhosis progresses to cancer, we could improve early detection and treatment -- with surgery, chemo and radiotherapy, but perhaps also with new treatments which reverse the transition."

In cirrhosis, chronic damage caused by hepatitis viruses B or C, alcohol, or obesity leads to scarring and formation of regenerative nodules in the liver. High cell turnover in these nodules, with accumulation of genetic damage, can eventually produce cancerous cells. "We set out to find features of cirrhotic cells that might predict cancerous change," says Papa. For nearly a century, scientists have recognized that cancer cells shift the way they generate energy. Normally the body obtains energy from macronutrients -- sugars, fats, proteins and their intermediaries -- primarily using oxygen. But our cells can also extract energy from sugars without using oxygen. This anaerobic process, called glycolysis, produces the lactate that 'burns' our muscles during intense exercise -- and is also used by cancers to fuel their rampant growth.

"Like virtually all cancers, highly-proliferating HCC cells seem to readjust their energy metabolism towards glycolysis, irrespective of oxygen availability."

The cause of this shift in glucose metabolism -- known as the Warburg effect -- remains unknown, but inflammation is thought to play a role.

"Given that cirrhosis is an inflammatory process, we decided to look at whether the metabolic shift to glycolysis is present already in cirrhotic cells -- and whether this predicts progression to hepatocellular carcinoma."

Papa and colleagues analyzed normal, cirrhotic and cancerous (HCC) liver samples from patients followed up over 10 years following a liver biopsy. "To have a complete overview of energy metabolism changes in HCC and premalignant stages of disease, we measured the expression of genes encoding enzymes involved in glycolysis and other metabolic pathways." They found that glycolysis-related genes -- including hexokinase 2 (HK2), aldolase A (ALDOA) and pyruvate kinase M2 (PKM2) -- are highly expressed not only in HCC, but also in cirrhosis as compared to normal liver samples.

"In other words: the shift to glycolysis occurs in the precancerous stage," says Bubici. Even more striking, the level of expression of glycolysis-related genes showed positive correlation with progression of cirrhosis to HCC -- and with poor outcome in those with HCC already at the time of biopsy.

"This suggests expression of glycolytic enzymes could be used as a new biomarker to predict the risk of later development of HCC in patients with cirrhosis," claims Bubici.

The team stresses the study is preliminary: "Further studies are needed to establish whether these changes in gene expression are borne out as changes in glycolytic activity."

Nevertheless, the findings reveal a promising means to improve HCC survival through early detection and treatment. According to Papa, the shift to a glycolytic expression profile in cirrhotic cells could even be a target for new HCC therapies.

"For example, clinical trials are currently underway to explore the effect of statins -- which are used to help prevent cardiovascular disease -- on HCC development in cirrhotic patients or HCC recurrence following surgical removal.

"It is very likely that by blocking cholesterol synthesis, statins would also suppress glycolysis as these chemical pathways overlap. If these trials show that statins reduce HCC risk, further studies would be necessary to establish whether inhibition of glycolysis in cirrhotic cells is responsible," says Papa.

The research is part of a special article collection on the Warburg effect, of which Papa and Bubici are co-editors.

Please include a link to the original research article in your reporting: https://www.frontiersin.org/articles/10.3389/fcell.2018.00138/full

Frontiers is an award-winning Open Science platform and leading open-access scholarly publisher. Our mission is to make high-quality, peer-reviewed research articles rapidly and freely available to everybody in the world, thereby accelerating scientific and technological innovation, societal progress and economic growth. For more information, visit frontiersin.org and follow @Frontiersin on Twitter.