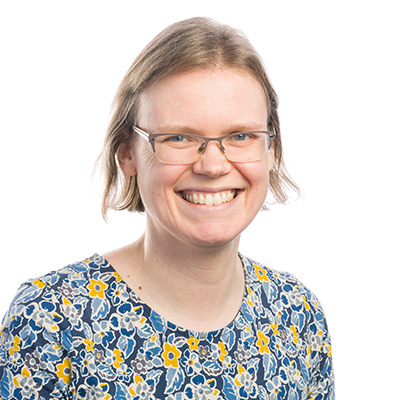 A new guideline has been launched to help doctors diagnose and treat a condition that can lead to blindness. Giant cell arteritis (GCA), which is also called temporal arteritis, affects one in 10,000

Giant cell arteritis (GCA), which is also called temporal arteritis, affects one in 10,000 of the over 50s every year, at least 2,500 new diagnoses per year in the UK. It’s a serious, autoimmune condition where blood vessels become inflamed which can restrict blood flow. This can affect the blood supply to the scalp, jaw muscles or the back of the eye. Symptoms include severe headaches, pain or tenderness over the temples and scalp, and blood vessels at the temples looking or feeling prominent. If left untreated GCA can lead to blindness or stroke.

Fortunately, in most cases GCA is caught in time, but it is thought that up to one in five patients may experience a degree of permanent loss of vision from the disease. This means early recognition and prompt treatment is essential. GCA is treated with high-dose glucocorticoids (steroids).

Now the British Society for Rheumatology has developed comprehensive recommendations, updating original guidelines published ten years ago, in consultation with national and international experts in the field and patients. The guideline provides practical information to doctors on the symptoms to check, what tests to do and how best to care for patients with GCA. It’s hoped that the guidelines will help standardise care across the UK.

Two major new areas of development include the use of ultrasound imaging to diagnose the condition, and treatment using a drug called tocilizumab, which is prescribed as an add-on to the traditional treatment with steroids. Tocilizumab has been licenced for treatment of GCA since 2017 and funded by the NHS for patients with relapsing or refractory GCA since 2018.

Dr Sarah Mackie, Associate Professor at the University of Leeds, who led the development of the guideline said:

“The way that patients with suspected GCA have been assessed and treated has been variable across the UK. Giant cell arteritis is very time critical; a delay in starting high-dose steroid treatment can cause blindness, but this same treatment can also cause serious side-effects, so this is not a matter to be taken lightly. We recommend that all patients are referred to a specialist who can see them promptly – on the same working day if possible and in all cases within three working days.

“This guideline has been rigorously developed, looking at the latest research and evidence. It provides a coherent statement of what is the latest best practice and will help improve care.”

Humphrey Hodgson, chair of trustees at the charity PMRGCA UK who helped create the guideline, said:

“This new guideline has the power, if implemented fully, to transform the diagnosis and treatment of giant cell arteritis. It is of great significance. Too often our charity learns of cases of people losing all or some of their sight needlessly because diagnosis was delayed, or the wrong treatment given. People with GCA have the right to fast track treatment to save their sight just as fast track treatment has transformed outcome for those who have strokes. It's vital now that the guidelines are rolled out and the resources to do so must be found.”

The guideline can be viewed on the British Society for Rheumatology website here.