Could cancer anti-sickness drug end the misery for IBS patients? 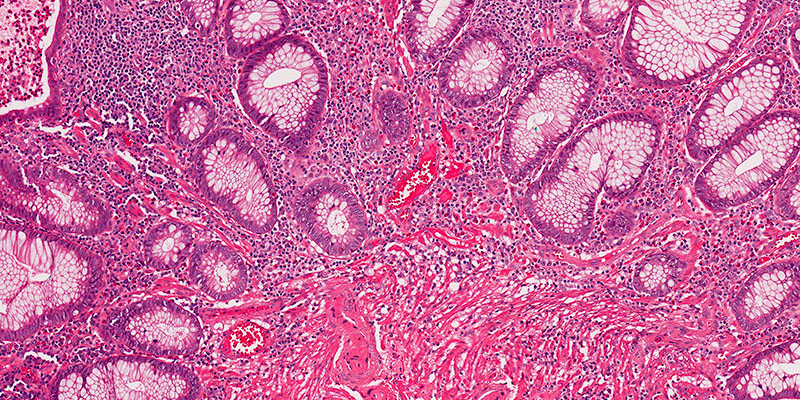 Could a commonly-prescribed anti-sickness drug be the answer for the 1.3 million people in the UK who suffer the pain and misery of irritable bowel syndrome with diarrhoea (IBS-D)?

A nationwide clinical trial led by researchers at The University of Nottingham in collaboration with researchers from Leeds Institute of Medical Research at St James's and funded by the National Institute for Health Research (NIHR) will assess the medication ondansetron, which is currently used by doctors to help cancer patients cope with nausea and vomiting associated with chemotherapy, radiotherapy and surgery.

The research will aim to establish whether a much lower dose of the drug could also be a successful treatment for the abdominal pain and urgent bowel movements typically experienced by IBS patients.

The researchers are aiming to recruit 400 adults who have IBS with diarrhoea from more than 20 hospitals across the UK to take part in the research and are appealing for anyone interested in taking part to visit its newly launched website to find out whether they are eligible for the study by answering a few simple questions.

Professor Robin Spiller, of the University’s Nottingham Digestive Diseases Centre, said: “Our pilot study suggested this was very valuable for reducing the need for urgent bowel movements which patients find so disruptive of their daily activities, both at work and when they should be relaxing and enjoying life.”

The trial is being carried out in collaboration with Nottingham University NHS Hospital Trust, as part of the NIHR Nottingham Biomedical Research Centre, and will be run from the Leeds Clinical Trials Research Unit at the University of Leeds.

Half of the volunteers taking part in the 12-week study will be prescribed ondansetron, while the other half will receive a placebo.

Participants will be asked to keep a detailed diary and respond to daily text messages to document their symptoms which will help doctors to assess any potential benefits of the new medication.

Ondansetron was developed to treat the side effects of chemotherapy which cause abnormally high amounts of a natural substance called serotonin to be released. This stimulates receptors in the brain and gut and sends signals to the part of the brain that causes nausea and controls vomiting.

The drug ondansetron works by blocking the serotonin and interrupting the messages which trigger nausea and sickness but it also has important effects on the gut.

Professor Alexander Ford, Professor of Gastroenterology at Leeds Institute of Medical Research at St James's and one of the researchers on the trial noted that "This is a very important study, being carried out by the Universities of Nottingham and Leeds, with 14 hospitals in the UK. Ondansetron is a drug with a well-established safety profile, that is cheap so, if it shows a benefit in this definitive trial for people with irritable bowel syndrome with diarrhoea, widespread adoption of the drug would lead to improved social functioning and quality of life for sufferers as well as huge cost savings to the NHS."

Some patients with IBS with diarrhoea have an excess of serotonin in their intestine which stimulates frequent bowel movements and the researchers are keen to find out whether the ondansetron can also work to block the action of the serotonin in this instance.

The patient’s response to the drug may also depend on genetic factors so the variation in the gene controlling the production of serotonin will also need to be considered.

If the ondansetron is found to be effective then unlike most new treatments as it is “off patent” it is inexpensive could be easily introduced to both improve treatment for patients and save the NHS money.

Ondansetron has been used as an anti-sickness medication for around 30 years, so doctors are confident that it is safe and is unlikely to have any unexpected side effects.

If it is proved to be successful in treating IBS with diarrhoea, ondansetron could be rapidly adopted and lead to a change in NICE guideline recommendations. This would mean GPs could prescribe a cheap drug to help patients with the condition throughout the UK.