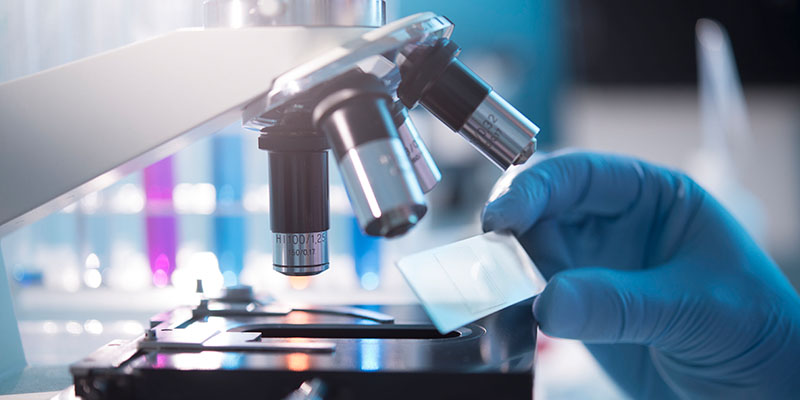 A new clinical trial from the University of Leeds is testing omega-3 capsules in patients who have bowel cancer which has spread to the liver, to see if it can stop the cancer returning after surgery.

A new clinical trial from the University of Leeds is testing omega-3 capsules in patients who have bowel cancer which has spread to the liver, to see if it can stop the cancer returning after surgery.

Promising results in an earlier smaller trial showed that providing patients with 2g per day of the omega-3, called EPA, for around a month prior to surgery led to a 30 per cent increase in survival after 18 months.

Researchers at the University of Leeds are building on this past work by launching a larger clinical trial, recruiting 450 patients who are undergoing surgery for bowel cancer which has spread to the liver, known as secondary liver cancer. The first Leeds patient has just been recruited to the trial in Leeds Teaching Hospitals NHS Trust.

The trial is investigating whether a highly purified form of the omega-3 EPA could be an effective way to stop cancer returning after surgery, and is funded by Yorkshire Cancer Research.

Professor Mark Hull, from the University of Leeds’ Institute of Biomedical and Clinical Sciences and Leeds Teaching Hospitals, is leading the trial, which involves several hospitals from around the country, including Leeds, Sheffield and Southampton.

Professor Hull said: “Secondary liver cancer is the leading cause of death for patients with bowel cancer, as the cancer spreads from the bowels to the liver, so it is vitally important that we improve our ability to stop secondary liver spread.

“After undergoing surgery to remove secondary liver cancer, 50 to 75 per cent of patients develop a recurrence of the disease after two years, so we are investigating an intervention that may help stop the cancer returning.

“Given the minimal side-effects of omega-3 capsules and how relatively cost-effective they are compared with other more expensive anti-cancer treatments, this intervention could one day be used widely to improve survival from advanced bowel cancer.”

Bowel cancer is the fourth most common cancer in the UK, with more than 41,000 new cases diagnosed every year.

While survival has more than doubled in the last 40 years, more than half of patients with the disease experience recurrence elsewhere in the body, most commonly the liver or lungs, which is known as secondary, advanced or metastatic bowel cancer.

Omega-3 fatty acids are found mainly in fish oils and are already known to be beneficial for other health conditions including heart problems.

Dr Kathryn Scott, Chief Executive at Yorkshire Cancer Research which is funding the trial, said: “This is a cheap and potentially powerful new way to help treat bowel cancer that, if successful, could have a huge impact.

“As well as having a potential impact on treatment, the trial will provide an opportunity for patients to take part in a pioneering study. It is well proven that patients do better in a research-rich environment.”

The EPA formulation, known as icosapent ethyl and marketed as a prescription product called Vascepa® in the United States, and the placebo, have been donated free of charge by Amarin Corporation plc.

For additional information and to arrange interviews with Professor Mark Hull please contact Simon Moore in the University of Leeds press office on 0113 34 34031 or s.i.moore@leeds.ac.uk.

• Harrogate-based Yorkshire Cancer Research was founded in 1925 and is the largest independent regional cancer charity in England (Registered Charity 516898). We are not part of a national charity.

• We are committed to reducing the devastating impact of cancer on the lives of people living in Yorkshire.

• Our mission is to work in partnership, fund research and support initiatives that will help people in Yorkshire avoid, survive and cope with cancer.

• Current statistics show that 575 people are diagnosed with cancer in Yorkshire every week. Incidence and mortality rates are higher than the England average due to social deprivation, post-industrialisation and lifestyle choices but also availability of healthcare services and difficulties accessing early diagnostics, clinical trials and the latest treatments.

- Be the leading authority on cancer in Yorkshire, understanding the problems and priorities in the region and sharing knowledge with partners.

- Raise awareness of cancer and how to prevent it by working in local communities, schools and colleges, sports clubs and with other health-related organisations.

- Promote screening programmes and fund research that can improve the diagnosis of cancer so we can detect and treat it at the earliest opportunity.

- Invest in innovative research projects at every stage of a cancer patient’s journey.

- Campaign for fair and equal access to the very best healthcare services and a greater share of the money spent nationally on research.