New research has identified a genetic marker that could be used to predict a patient’s risk of developing serious side-effects when undergoing immunotherapy treatment for metastatic melanoma.

The study, published in Nature Medicine, analysed genetic information from more than 200 patients undergoing treatment for melanoma (one of the most common skin cancers), to find stretches of DNA that correlated with whether the patient developed severe side-effects from the treatment.

Dr Kulveer Mankia, Clinical Associate Professor at Leeds Institute of Rheumatic and Musculoskeletal Medicine was part of a team led by the University of Oxford, explained, “The project represents a new cross-Biomedical Research Centre collaboration which has been developed by Professor Ben Fairfax at Oxford University and myself. This work has major implications for understanding why some individuals develop immune toxicity, including inflammatory arthritis, when treated with checkpoint inhibitors. It suggests an individual’s underlying genetics may influence their risk of toxicity and highlights a role for IL7 in melanoma which may be of therapeutic importance in the future.”

This work has major implications for understanding why some individuals develop immune toxicity, including inflammatory arthritis, when treated with checkpoint inhibitors.

Cancer immunotherapy is central to the medical management of melanoma, being used to reduce the risk of melanoma returning after surgery, but also when it has spread around the body. The most common immunotherapy involves patients being given drugs called ‘checkpoint inhibitors’, which help stimulate the immune system and are given as infusions through a drip. Whilst checkpoint immunotherapy has revolutionised melanoma treatment, a subset of patients will develop serious side-effects due to their immune system attacking other tissues and organs.  This can lead to diverse symptoms, including diarrhoea, lung inflammation and joint and muscle pain.  Whilst these are typically transient, patients may require strong steroid medication to dampen their immune responses and often have to stop immunotherapy altogether. In rare cases these side-effects can be life-threatening. Currently clinicians have no way of predicting who will develop such side-effects, and also have very limited insights into the way side-effects develop.

In this latest research, a study from the Dana Faber Cancer Institute, co-published in Nature Medicine, identified a change in the genetic code of the IL7 gene - with patients carrying this significantly more likely to develop side-effects. The paper from the Oxford team, led by Associate Professor Ben Fairfax from the MRC Weatherall Institute of Molecular Medicine at the University of Oxford, was able to replicate the Dana Faber findings, and extended the work by showing the immunological consequences of this change. 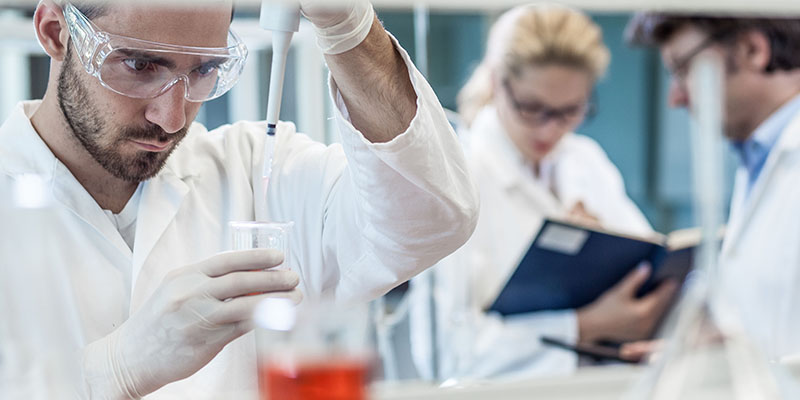 Speaking about the work, Prof Fairfax said: “We found individuals carrying this genetic variant, which is present in about 8% of patients treated for melanoma, were about six times more likely to develop side effects severe enough to require steroids. Furthermore, we found this genetic variant alters the amount of IL7 code produced by B cells – a cell type normally associated with making antibodies, so to see the genetic effect acting in these cells was surprising”.

The researchers found that the effect of this genetic change was detectable in B cells before immunotherapy was given, suggesting B cells play an important role in the immune response to untreated skin cancer. Supporting this, they found in analysis of historical samples from patients with melanoma, that the genetic change appeared to be naturally protective against the melanoma recurrence.

we think that this work might enable a genetic test to help patients with melanoma, in discussion with their doctors, decide the treatment best for them.

Professor Fairfax said “what is fascinating is that whilst patients with this genetic risk variant were more likely to get side-effects from immunotherapy, both groups found that patients with this change appeared independently to have less chance of the cancer returning”. He added: “whilst it is important to emphasise that if a patient carries this genetic marker it doesn’t guarantee that they’ll have serious side-effects after cancer immunotherapy or vice versa, we think that this work might enable a genetic test to help patients with melanoma, in discussion with their doctors, decide the treatment best for them. We also believe these observations can guide new treatment development for melanoma when it has spread.”