Cases of atrial fibrillation are at all-time high 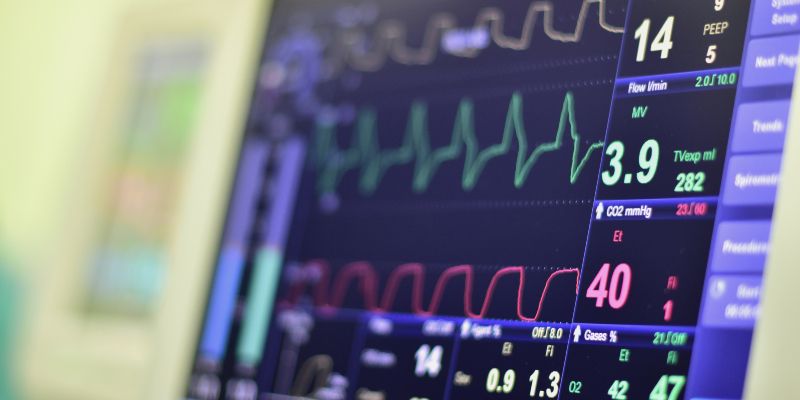 The number of people living with atrial fibrillation – a dangerous heart condition and major cause of stroke – has increased by 72% in England over the last two decades, according to new research.

Atrial fibrillation (AF) now outstrips the combined number of people diagnosed with the four most common types of cancer (breast, prostate, lung and bowel cancer) and exceeds the number of people living with heart failure.

In the largest and most detailed study into AF, Leeds researchers used anonymised GP and hospital data from 3.4 million people in England to analyse those diagnosed with AF for the first time between 1998 and 2017. The participants included were representative of age, sex, ethnicity and socioeconomic status for the UK.

Our study paints a clear picture of the trends and gaps that need to be urgently addressed to achieve health equity and prevent unnecessary strokes.

The researchers, led by Chris Gale, Professor of Cardiovascular Medicine in Leeds’ School of Medicine, found that the increase in AF is largely due to an ageing and more unhealthy population, putting immense pressure on healthcare services.

After adjusting for age and sex, they found that the number of people diagnosed with AF increased by 30% across the two decades. More men were diagnosed with AF and at an average of five years earlier than women, which is thought to be partly due to more men having diabetes, obstructive sleep apnoea, coronary heart disease and having smoked.

The youngest and oldest individuals were most likely to be diagnosed in hospital. This suggests that new-onset AF is particularly troublesome in these groups, and measures should be put in place to prevent and detect AF early to reduce hospital admissions.

The researchers also found that compared to the most affluent patients, people from the most deprived communities were 20% more likely to have AF, were diagnosed at an earlier age and had more health conditions at the time of diagnosis. They also revealed regional differences across England.

Despite these numbers, many more people will be living with hidden and poorly managed AF as not everyone experiences symptoms and detecting it is difficult.

AF comes and goes, and so an episode might not happen during the patient’s appointment. It can also occur without symptoms, so a person may not know they have AF until they have a related cardiovascular event such as a stroke – arguably when it is too late.

AF happens when the electrical impulses in the top chambers of the heart fire chaotically when they should be steady and regular, causing them to quiver or twitch. This can cause blood to pool in these chambers which increases the risk of clots, life-threatening strokes and a decline in brain function. People with AF are five times more likely to have a stroke, and the stroke is more likely to be debilitating – with a lower chance of survival.

Now, the team say that unveiling this ‘blueprint’ should lead to changes in the way AF is prevented, detected and treated to bring cases, and the growing burden, back down.

Professor Gale and his team have already developed a new digital prediction tool for AF that aims to detect it early, which they hope can soon be trialled in the NHS.

Professor Gale said: “Changes to healthcare are driven by data, and we’ve created the first blueprint of AF that lays bare the growing impact it is having on society. Our study paints a clear picture of the trends and gaps that need to be urgently addressed to achieve health equity and prevent unnecessary strokes. We hope that it can be used as a reference point to determine if new interventions and health strategies are successful in curtailing the rising tide of cases and burden that comes with AF.”

The research, which was published today in The Lancet Regional Health – Europe, was funded by the British Heart Foundation (BHF).

Professor Sir Nilesh Samani, BHF Medical Director, said: “The sheer rise in the number of people now living with AF is staggering, and yet on top of this, many more people will be unaware that they also have this hidden stroke risk in their heart.

“This research also highlights the health inequity that exists in AF and other health conditions such as obesity and high blood pressure that contribute to its development. It emphasises that we need more targeted prevention strategies and new innovations to equip doctors to better detect the condition early so people can benefit from anti-clotting drugs and other life-saving treatment.”

Dr Jianhua Wu, Associate Professor of Biostatistics in Leeds’s Faculty of Medicine and Health, said: “The increasing burden of AF is not just ringfenced to England. Population structures and health trends in England are similar to those seen across the rest of the UK, Europe, North America and Australasia, and so we can safely assume that the burden of AF is at an all-time high in these countries too.”

This study was also funded by the National Institute for Health Research (NIHR).

Temporal trends and patterns in atrial fibrillation incidence: A population-based study of 3·4 million individuals is published on 25 April 2022 in The Lancet Regional Health – Europe.