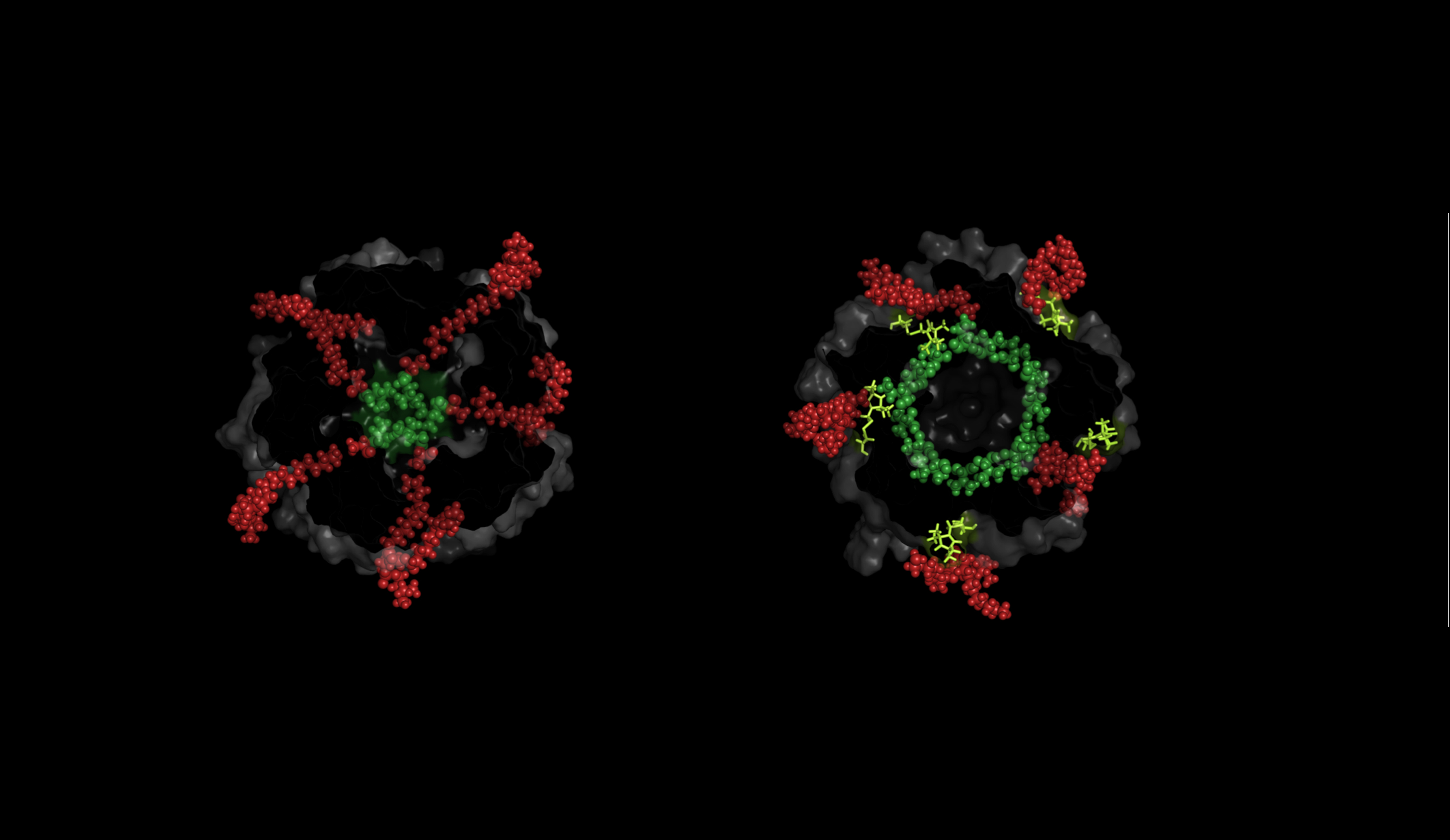 Scientists have developed a new technique to trick bacteria into revealing hundreds of holes in their cell walls, opening the door for drugs that destroy bacteria’s cells.

Targeting these pores could make current antibiotics more effective or allow for the development of antibiotic-free drugs that can use these openings.

When subjected to certain stimuli, such as a dramatic increase of pressure inside the cell, pores in the cell membranes act like an emergency escape valve, opening up to allow liquid to flood out of the cell to prevent it from bursting.

They act as the gateway to delivering treatments that destroy the bacteria’s cells. The largest of these gated-pores is known as the Mechanosensitive Channel of Large conductance (MscL).

Now a team of scientists led by Dr Christos Pliotas from the University of Leeds have learnt how to trick the bacterial cell walls into opening these channels, making the bacteria much more vulnerable to drugs.

Dr Pliotas began this research while at the University of St Andrews, as a Royal Society of Edinburgh Fellow. He is now at the School of Biomedical Sciences, Faculty of Biological Sciences, at Leeds and part of the University’s Astbury Centre for Structural Molecular Biology.

He said: “Through understanding the gateways in the bacteria’s cell walls, we can then control their opening and closure. Simultaneous activation of these pores would result in the opening of 700 holes in the cell membrane (this is the number of identical such molecules per single cell), each ~3 nanometer in diameter.

“This would be the equivalent of shooting each cell with 700 bullets and 100% target efficiency, causing cell death due to leakage.

“Additionally, existing antibiotics should become more efficient by facilitating their access to the cell through MscL pores resulting in increased antibiotic concentration inside the cytoplasm.”

The study, published in Nature Communications, shows for the first time that MscL channels are being kept closed by membrane lipids – specifically lipid chains– which are located within nano-pockets highly sensitive to tension, pressure and force.

The study demonstrates that when access of these lipids is disrupted by molecular nano-guards engineered at the entrance of the nano-pockets, the channel mechanically responds and opens its pore.

The MscL is ubiquitous in all bacterial pathogens and archaea, but absent from humans. Therefore, selective targeting of this channel would leave human cells intact.

Dr Bela Bode a co-author and group leader at the School of Chemistry at St Andrews and part of the Biomedical Sciences Research Complex, said: “This study used an emerging EPR method called PELDOR (or DEER). We introduce tiny chemical markers on MscL and monitor changes in their distances. This has been instrumental for understanding the stimulus for opening of these complex biological systems.”

The paper Allosteric activation of an ion channel triggered by modification of mechanosensitive nanopockets is published in Nature Communications (DOI: 10.1038/s41467-019-12591-x)

For additional information please contact University of Leeds press office on pressoffice@leeds.ac.uk or +44(0)113 343 4031

The University of Leeds is one of the largest higher education institutions in the UK, with more than 38,000 students from more than 150 different countries, and a member of the Russell Group of research-intensive universities. The University plays a significant role in the Turing, Rosalind Franklin and Royce Institutes.

We are a top ten university for research and impact power in the UK, according to the 2014 Research Excellence Framework, and are in the top 100 of the QS World University Rankings 2019.

The University was awarded a Gold rating by the Government’s Teaching Excellence Framework in 2017, recognising its ‘consistently outstanding’ teaching and learning provision. Twenty-six of our academics have been awarded National Teaching Fellowships – more than any other institution in England, Northern Ireland and Wales – reflecting the excellence of our teaching.  www.leeds.ac.uk

Follow University of Leeds or tag us in to coverage: