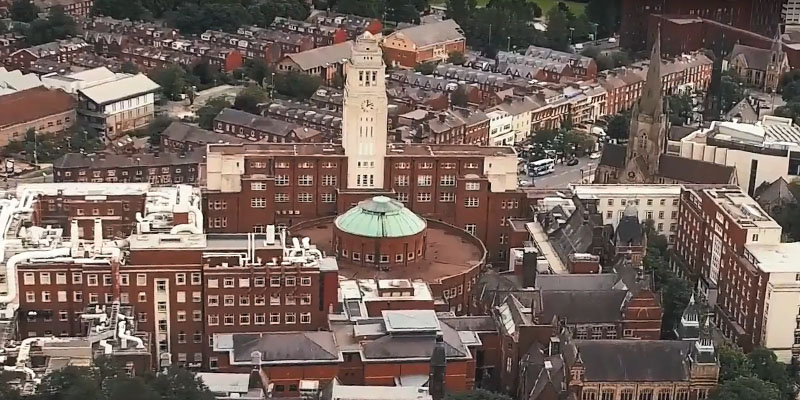 University of Leeds researchers have recently demonstrated that some of the clinical features of cystic fibrosis (CF) are due to proinflammatory cytokine activity.

The team consisting of Professor Michael McDermott, Professor Daniel Peckham and Dr Sinisa Savic at St James’ University Hospital found that this was particularly true of IL-18, and demonstrated that CF shares many common features with systemic autoinflammatory diseases (SAIDs), such as an IL-1/IL-18/IL-1Ra signature, innate immune dysregulation and periodic attacks of debilitating inflammation. Increased activation of the sodium channel, ENaC in CF regulates this inflammatory process by triggering the NLRP3 inflammasome complex, increasing the output of cytokines, IL-1 and IL-18.

CF is one of the most common life-threatening inherited diseases, with around 10,500 people in the UK and around 100,000 people in the world living with the disease. CF is caused by a defective gene. As a result, the internal organs, especially the lungs and digestive system, become clogged with thick sticky mucus resulting in chronic infections and inflammation in the lungs and difficulty digesting food (adapted from CF Trust website).

Reviewing Editor and Senior Editor (Jos WM van der Meer and Siroon Bekkering, Radboud University, Netherlands) “the paper convincingly shows the auto-inflammatory characteristics of CF, and its dependence on NLRP3. The underlying mechanisms have been thoroughly studied. With that, the paper is innovative and provides insights that will be clinically relevant, especially as it will probably have consequences for new treatment modalities”.

Sodium channels are a potentially new therapeutic targets to control chronic inflammation experienced by people with CF, either as a single therapy or in combination with small molecule agents that target defects in the CFTR.

Furthermore, cytokine blockade (anti-IL-1 and anti-IL-18) are extremely effective in treating patients with SAIDs and we are now considering the use of (a trial of) of anti-IL-1 (canakinumab or anakinra) in patients with CF.

Patients with CF suffer from recurrent pulmonary infections and there is an ongoing debate in the literature as to whether the inflammation in CF is primarily due to re-current infections or to the intrinsic genetic defects. Here we have provided evidence that supports the latter point of view and this represents a paradigm shift in the overall approach to CF, both from a biological and therapeutic perspective.

Despite significant improvements in therapy for patients with CF, their quality of life and average life expectancy remain reduced compared to the general population. Novel approaches to treatment, based on improved understanding of the pathogenesis of CF, are necessary to improve patient outcomes in this condition.

Lead authors (Dr Thomas Scambler and Dr Heledd Jarosz-Griffiths, St James’ University Hospital) “Blocking the sodium channel (ENaC) in combination with therapies targeting chemical cytokines (IL-18 and IL-1) which are over-produced in CF is a potential strategy to reduce inflammation in CF, and may help combat the onset of secondary diseases such as diabetes and joint disease.”

This work is supported by a grant (SRC009) from the Cystic Fibrosis Trust, a 110 Anniversary University of Leeds Scholarship, LIRMM scholarship, CONACyT and a charitable donation by Gary Shuckford. Further information

The paper, published in the journal eLife is titled ‘ENaC-mediated sodium influx exacerbates NLRP3-dependent inflammation in Cystic Fibrosis’ and will be available online.”