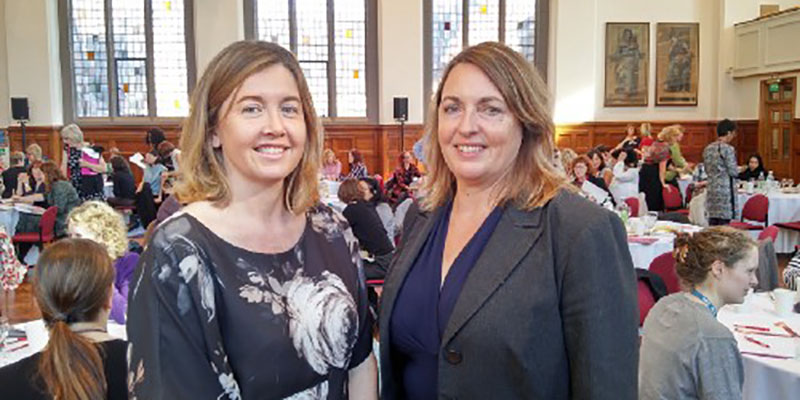 The Leeds Female Leaders Network (LFLN) spans the University of Leeds and Leeds Teaching Hospitals NHS Trust (LTHT) and works to develop the best leaders in health care and clinical academia, regardless of gender.

Created five years ago by Anne-Maree Keenan and Jacqueline Andrews, the LFLN is home to 900 members.

Members meet biannually at events designed to inspire women by building on confidence, capabilities and contacts. At these meetings, inspirational speakers are invited to talk honestly about the difficulties they have faced being in leadership positions, particularly as a woman. One such speaker includes Dame Clare Marx who was at the time, the first female President of the Royal College of Surgeons of England and is now the first female Chair of the GMC. By highlighting role models for women and encouraging honest discussion, these events enable women to identify with successful female leaders.

This therefore empowers women and gives them the confidence to apply for promotions and leadership positions. The connections made at these events are extremely valuable, so creating a mentoring community which passes on career development tools such as coaching.

Additionally, the Leeds Female Leaders Network connects with other organisations such as Leeds Health and Care Academy, a new city-wide organisation combining academic, NHS, and council employees with the aim of healthcare development. The Network also connects to other groups such as the BME Network within Leeds Teaching Hospitals NHS Trust. Outside of Leeds, the Network communicates with similar gender-based groups such as ‘Supporting Women in Medicine’ in Sheffield.

With the proportion of female doctors in training increasing year on year, the relevance of Leeds Female Leaders Network cannot be overstated.1 Substantial progress has been achieved in regards to gender nationally, for example, 59% of those accepted to UK medical school were women in 20172. Here at Leeds School of Medicine, the numbers are higher than the national average, with 65% of the MBChB cohort being female.

The University of Leeds School of Medicine has been recognised for its work in supporting women and have been awarded the Athena Swan Silver Award in regards to its initiatives recruiting, appointing, retaining and promoting female staff. However, there is still room for improvement.

While 65% of all staff within the School are female, only 17% of clinical professors are women. This is not just a University issue; statistics show that there is a somewhat leaky pipeline to the top. For example, 77% of the NHS workforce are women, but only 43% of NHS provider trust boards are women3. Additionally, reductive language surrounding women’s achievements and women’s work is commonplace. Therefore, the Leeds Female Leaders Network is a necessary and powerful organisation, with the potential to make differences to leadership arenas and individual women’s careers.

This locally grown network has impacted the careers of many women, receiving feedback that the meetings give members the confidence to take more leadership roles. The Leeds Female Leaders Network is excited to invite everybody to the next meeting in October. This meeting will celebrate the Network’s five year anniversary, as well as looking forward to its aims for the future.

Finally, Anne-Maree Keenan and Jacqueline Andrews, the network’s founders, would like to thank all those who have supported the Network, including the Faculty of Medicine and Health, the School of Medicine at the University, Leeds Teaching Hospitals Executive Team and Organisational Learning Department in LTHT.

This is a feature piece from our faculty magazine: Medicine Matters, for more articles, interviews and stories read more here.