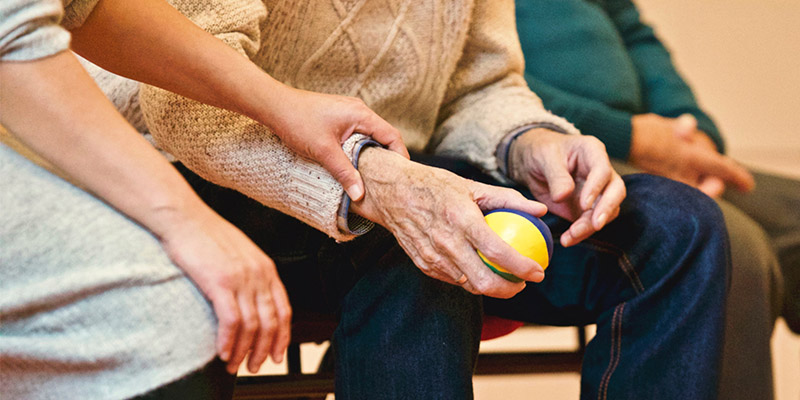 Pain relief and end of life care are not being provided equally to people with advanced progressive diseases at home during their final three months, according to a new study.

Data were drawn from responses to the National Bereavement Survey (VOICES) in England between 2011 and 2015, which asked families or close relatives to reflect on the quality of care provided to a person who had died.

Just 10% of patients who died of a non-cancerous diseases received palliative care whilst at home, compared to 66% of cancer patients.

Led by the University of Leeds, the study revealed that people who accessed palliative care at home were 2.7 times more likely to have experienced good pain relief compared to those who did not receive palliative care.

The association between good pain relief and palliative care at home occurred regardless of the type of disease that patients had, but access to palliative care was not provided equally.

Lead author Dr Yousuf Elmokhallalati, from the Leeds Institute of Health Sciences, said: “This research shows that palliative care is associated with significant benefits to people with every kind of progressive disease, but this is not reflected in the spread of people that are being offered palliative care.

“We need to ensure that all people, whether they have cancer, heart or lung diseases, or any other life-limiting condition, are being offered appropriate support towards the end of their lives.”

Published in the journal BMC Medicine, the study is the first to suggest there are significant reductions in pain for those receiving palliative care at home. It was conducted by researchers from the St Gemma's Academic Unit of Palliative Care led by Mike Bennett, Professor of Palliative Medicine at the University of Leeds, which works in partnership with St Gemma’s Hospice in Leeds.

“It’s already been established that the home is the place where pain is least well controlled, so our findings clearly illustrate the importance of access to end of life care.”

A 2016 British Medical Association report showed that pain is the most important concern of both the public and doctors when considering a patient facing a terminal illness.

The new study also suggests that patients who had planned where they wanted to die are nearly twice as likely to experience good pain relief compared to those who had not, showing the value of planning ahead and coordinating the support of healthcare professionals.

Funded by the National Institute for Health Research (NIHR), the study also found that the pain relief experienced by patients accessing palliative care in the home was approaching the levels experienced by those receiving care in a hospice.

Previous research by the same group in 2018 revealed inequalities in the duration of palliative care being provided to patients across England, with cancer patients referred for care around 53 days prior to death, compared with around 27 days prior for non-cancer patients.

Professor Bennett said: “It’s already been established that the home is the place where pain is least well controlled, so our findings clearly illustrate the importance of access to end of life care."

“These results, combined with our previous research, suggest that pain relief and access to palliative care is particularly poor for older patients, those with non-cancer diseases and those who live in the North of England. These inequalities must be challenged.”

The study was observational and found an association between access to palliative care and pain relief, thus it is unable to determine cause and effect.

The paper, ‘Specialist palliative care support is associated with improved pain relief at home during the last three months of life in patients with advanced disease: analysis of five-year data from the national survey of bereaved people (VOICES)’ is available online: https://bmcmedicine.biomedcentral.com/articles/10.1186/s12916-019-1287-8