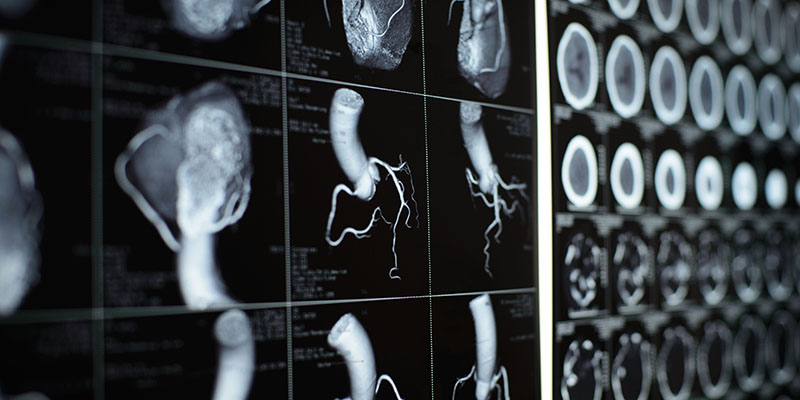 More than 8,200 women in England and Wales could have survived their heart attacks had they been given the same quality of treatment as men, according to new research.

The study did not include all hospital admissions which occurred over the 10-year study period so researchers say that the actual number of lives lost to unequal care is likely to be much higher.

Researchers from the University of Leeds used anonymised data from the UK’s national heart attack registry (MINAP) to analyse the treatment and outcomes of 691,290 people who were hospitalised for heart attack in England and Wales between 2003 and 2013.

The national registry included detailed information about each patient’s demographics, medical history and clinical characteristics such as heart rate when they entered hospital, and the investigations, treatments and procedures they received while in hospital.

In the British Heart Foundation (BHF) funded study, women tended to be older when admitted to hospital, and were more likely to have other illnesses such as diabetes and high blood pressure.

Even after adjusting for the fact that women who had a heart attack tended to be older and had more risk factors, the researchers found that women in the UK were more than twice as likely to die in the 30 days following a heart attack than men (5.2 per cent compared to 2.3 per cent). The researchers suggest that this may be, in part, explained by women being less likely to receive guideline recommended care.

Women who had a NSTEMI, a type of heart attack where the coronary artery is partially blocked, were 34 per cent less likely than men to receive a timely coronary angiography within 72 hours of their first symptoms (24.2 per cent of women compared to 36.7 per cent of men).

Coronary angiography creates video images to reveal narrowings or blockages in the coronary arteries. It’s a critical step in care because it helps doctors decide what to do next, and research shows that people who receive early angiography for NSTEMI have better outcomes as a result.

Women who had STEMI, a heart attack where the coronary artery is completely blocked, were 2.7 per cent less likely to receive timely reperfusion, emergency procedures including drugs and stents which help to clear blocked arteries and restore blood flow to the heart compared to men (76.8 per cent of women vs.78.9 per cent of men).

Although the difference in proportions may seem small in isolation, the researchers explain that even small deficits at each phase of a woman’s pathway of care can intensify into a considerable survival disadvantage.

Senior author Chris Gale, Professor of Cardiovascular Medicine at the University of Leeds and Honorary Consultant Cardiologist said: “We know women are dying due to unequal heart attack care – and now we’ve identified the shortfalls we need to target to save lives.

“For example, women not receiving coronary angiography when they arrive at hospital puts them at a disadvantage right from the start, and has knock-on effects creating further shortfalls down the line. In isolation the differences may appear small, but even in a high performing health system like the UK, small deficits in care across a population add up to reveal a much larger problem and a significant loss of life.

“We also show that not all differences are down to bias – some are down to biology. Only with more research can we hope to better understand how to target biology and best treat heart attacks in women.”

The researchers assessed the quality of care that men and women received following their heart attack based on ‘quality indicators’ – a checklist for the optimal care based on the international guidelines and endorsed by the European Society of Cardiology. Women’s care was less likely to meet 13 of the 16 heart attack quality indicators that were measured.

They estimated 8,243 deaths among women who were hospitalised with a heart attack in England and Wales could potentially have been prevented over the study period had they received care equal to that of men. But as the study did not include all heart attacks in the UK over the 10 year period, it is likely the true number of lives lost to unequal care is much higher.

The researchers point out that the differences in care likely explain much, but not all, of the gender gap in survival. Differences in heart attack symptoms, health-seeking behaviour, underlying biology, age and presence of underlying health problems, as well as response to drugs and treatments may have also played a role.

Each year in the UK around 70,000 women go to hospital due to a heart attack, and up to 25,000 women in the UK die each year from heart attacks – that’s three women every hour

Previous BHF-funded research has shown that women are 50 per cent more likely than men to receive the wrong initial diagnosis following a heart attack and are less likely to get a pre-hospital ECG, which is essential for swift diagnosis and treatment.

Professor Sir Nilesh Samani, Medical Director of the British Heart Foundation, said: “We need to tackle the false perception that heart attacks are only a male health issue. This leads to inadequate care for women – both at the time of and after heart attacks – with fatal consequences.

“While further research is needed, this study has identified several areas where heart attacks are being treated differently between the sexes, which may contribute to the worse outcomes in women. If we start to address these now, it will make a huge difference and save lives.”

The researchers were funded by the British Heart Foundation and the Wellcome Trust.

For interview requests please contact Simon Moore in the University of Leeds press office on 0113 34 38059 and pressoffice@leeds.ac.uk.

The paper, 'Sex differences in quality indicator attainment for myocardial infarction: a nationwide cohort study', is available online in the journal Heart.